What is the reason for the overspeed of the cone crusher, and why?

What is the reason for the overspeed of the cone crusher, and why?

1.There is a problem with the thermal balance of the cone crusher

During the operation of the cone crusher, the parts between each other will generate a lot of heat. Under normal circumstances, the heat will be converted and released through the heat exchanger to maintain heat balance. If there is a problem with the thermal balance, it can lead to some other failures and problems. With the continuous reduction of heat exchange efficiency, the heat balance cannot be maintained in a normal state, which will naturally lead to burns in many parts due to dry friction, causing the phenomenon of speeding.

If there are few contact points between the cone sleeve of the cone crusher and the main shaft, it will also lead to the situation of flying. The situation of flying cars is easy to appear on the time porosity of the crusher when the material is cut off. In fact, from the perspective, cone crusher manufacturers believe that this is a speeding situation caused by idling. If there is still such a situation after feeding, the speed of its autobiography will be out of control, resulting in the intensification of the speeding phenomenon. Because the taper sleeve is cracked during operation, the oil film will be destroyed in this way, and even the contact surface will gradually become smaller. In such a case, the temperature will soar due to dry friction, which will cause a speeding situation.

3. The load of cone crusher exceeds 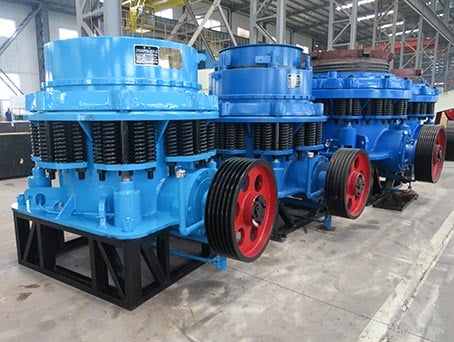