The drop position of the material at the transfer point has a great influence on the deflection of the belt, especially when the two belt conveyors are projected vertically on the horizontal plane. Generally, the relative height of the two belt conveyors above and below the transfer point should be considered. The lower the relative height, the greater the horizontal velocity of the material, and the greater the lateral impact on the lower belt, making it difficult for the material to be centered.

Tilts the material across the belt cross-section, eventually causing the belt to deflect. If the material is deflected to the right, the belt is deflected to the left, and vice versa. During the design process, the relative height of the two belt conveyors should be increased as much as possible. The form and size of upper and lower funnels, guide troughs and other components of mobile bulk material conveying machinery limited by space should be carefully considered. Generally speaking, the width of the guide groove should be about two-thirds of the width of the belt. In order to reduce or avoid the deviation of the belt, a baffle can be added to block the material and change the falling direction and position of the material. 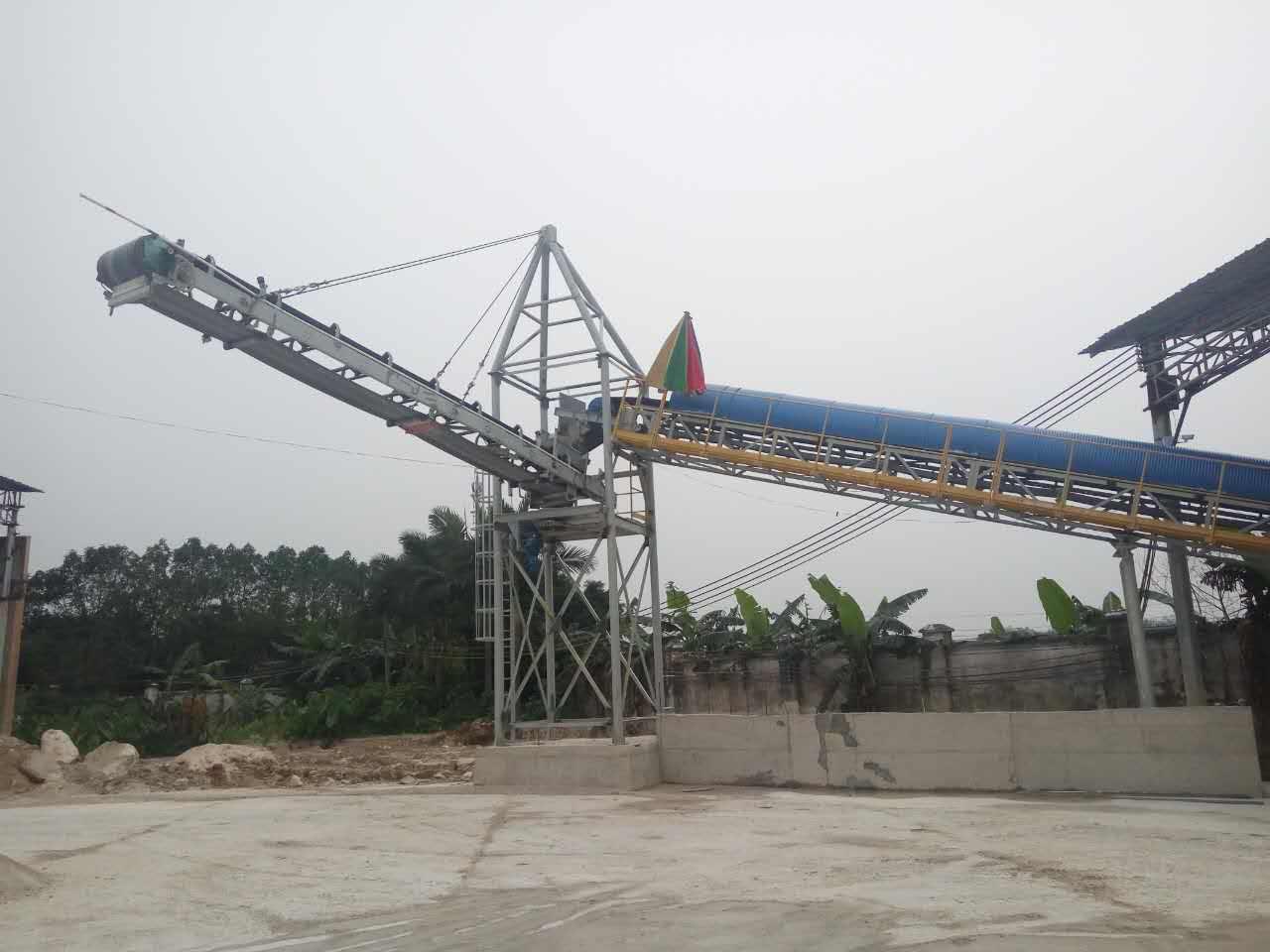